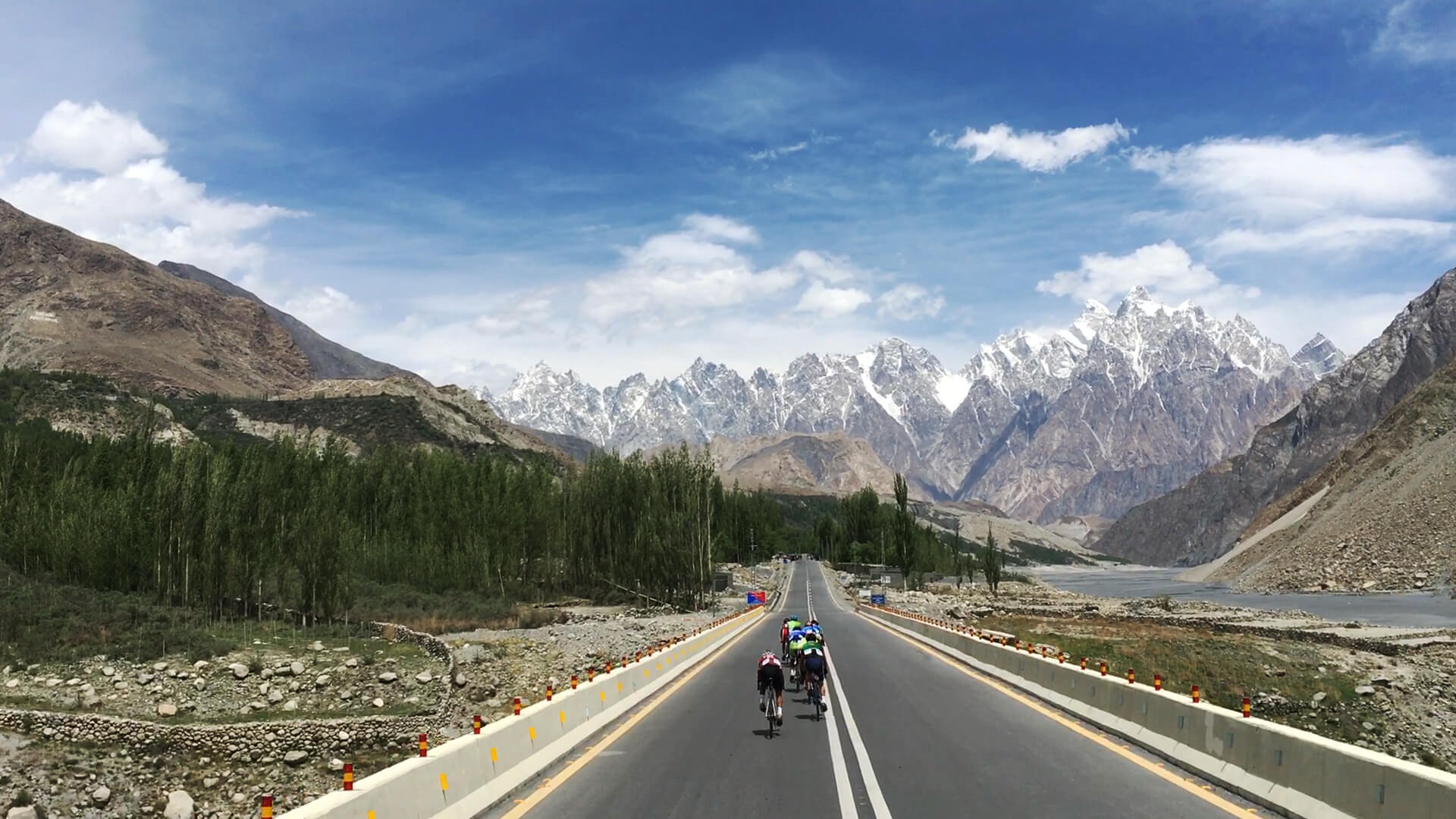 By Naved
In Photography, travel

Due to Coronavirus Pandemic, many global racing events were called off, the fate of TDK 2020 seems the same, with rumors for the race being held later this year in October, which is something far from reality, considering harsh weather conditions up north.

With the ideal months behind us, let’s rewind and put some images from last year’s Tour de Khunjerab Cycling Race. Last year the tour was 4 days of racing. That’s 4 Stages of Karakorum Highway, with every meter going uphill and eventually ending at the roof of the world over at the Khunjrab Top at about 15,397 feet, which is 4693m of elevation.

Right before the start we have the usual opening ceremony, riders doing their registration, team meeting and what not.

Some views of riders at registration desk before action.

The tour Kicks off from Gilgit and ends with stage one in Ghulmat, Nagar over at Rakaposhi View Point, Rakaposhi has its own significance. Rakaposhi is the only mountain in the world that rises straight from beautifully cultivated fields to a height of 25,550 feet. From many places, this wonderful spectacle can be viewed right from the base to the top. In this stage, cyclists covered 68 km at an elevation of 850 m

There were people welcoming the riders whenever the tour crossed areas of population, that was something I haven’t seen anywhere in Pakistan before.

The second stage of this year was first for the tour, a time trial stage with a tough uphill gradient (35 km at an elevation of 950 m). This stage proved to be the hardest stage, with many cyclists struggling behind and eventually disqualified due to cut-off time.

The above rider is local from Gilgit hence part of team Gilgit, I can’t tell if he is suffering or he is smiling it away, he is native raised with the giants of the region. But I’m not sure! my bet on the suffer-fest he is enduring.

I was told this rider is above or around age 50!. Impressive. Felt honoured to witness such tenacity and resilience at this age with bike in scorching sun at such a steep climb.

NO! you can’t walk with shoes off, this is ultimate disqualification, but if the gradient is that step and a first for the tour what other option do I have?

With 92 km and 1,700 meters of elevation gain in the third stage, it leaves nothing for riders to regain some strength or recover from the previous stage. The more you climb up north the harsher it gets, with low oxygen levels and cold winds, it only gets difficult. The only bliss lies in the landscape we are surrounded by.

The generosity and hospitality was omni present throughout the tour

The tour attracts everyone who loves sports, tourism and the north! The famous film director Jami spotted here with his BMC at the start of third stage in Hunza.

The final and toughest stage unfolds with 2,000 m of climbing over 84 km. This stage is hard for obvious reasons, low oxygen levels, and harsh cold winds top it off with sub-zero temperatures in different patches. It takes courage discipline and structural training months prior for an athlete to participate in TDK let alone win it. It tests the best of the best, saying it’s a physical challenge would be an under-statement, To shine in TDK you have to be both mentally and physically super fit.

The pack passed through dry and larger to life terrains, with snow capped peaks and temperatures going down mile by mile.

There was a small ceremony at the end, after which the riders and support staff along with race officials rushed to Hunza for further ceremonies. Some visuals from the end below

Over 90 cyclists participated in the 2019 Tour de Khunjerab with teams representing the provinces of Pakistan. There were also teams from government departments as well as two teams from Afghanistan and Sri Lanka. The event also featured an open category of individual cyclists from Pakistan, Spain, and Switzerland.